Nowadays QR-Codes are becoming more and more common and digitalisation is advancing further and further. The Deutsche Post is also not letting this opportunity pass by. Since the beginning of 2021, QR-Codes have been placed on stamps. But what is the use of the code and what added value does it provide?

What kind of code is on the stamp?

As you can see in the picture below, there is now a code in addition to the design and the value of the stamp. This is a data matrix code, which is very similar to the widely used QR-Code. Each stamp has an individual code, none is used twice. 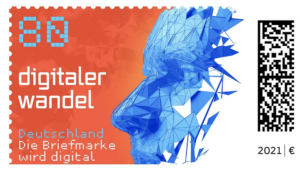 Why are QR-Codes on the stamps?

There are several reasons for placing QR-Codes on stamps. Firstly, the stamp is identified by the individual codes. This ensures that it is not used more than once. With conventional stamps, it was previously possible to carefully detach the stamp from the envelope and use it again if it was accidentally left unstamped. Since QR-Codes digitally store the data of the item belonging to the stamp, reuse is impossible here.

In addition, stamps with codes are supposed to be significantly more forgery-proof.

But not only security aspects, which are mainly important the Deutsche Post themselves, are improved. The change also offers some practical advantages for the customers:

What added value do the QR-Codes offer customers?

Tracking larger parcels has already been possible for a long time. Previously, this was not possible for letters and the sender was left in the dark as to whether and when his letter reached the recipient. The QR-Codes on the stamps change that. By scanning the code in the Post & DHL app before sending, the shipment status can be called up at any time. This also allows the sender to see sooner if the shipment is stuck somewhere or has been lost.

In addition, by scanning the code in the app, interesting information about the design of the stamp can also be called up.

What could be interesting for collectors: because each stamp has its own code, there are no duplicates and each stamp is unique.

What happens to my data?

The QR-Code stores the data of the sender and recipient, as well as the date of dispatch. So conclusions could be drawn about who is in contact with whom and how often. However, the Deutsche Post has assured that all data will be deleted after 21 days and that no unauthorised third parties will have access to it.

Those who still have old stamps without codes lying around at home or in the company do not need to panic – they are still valid and can be used. However, only the new stamps will be produced and these will slowly replace the old ones. 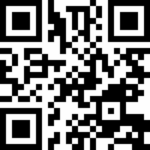